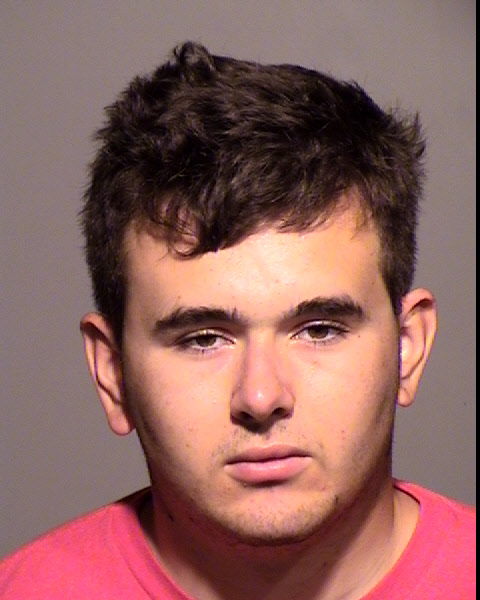 Update--New developments in the case of a Ventura County man accused of using the Internet to exploit, extort, and sexually assault female juveniles.

Prosecutors filed formal charges in the case and in the filings it was indicated they had found a second victim, this one under 14 years of age and from out of Ventura County.

19-year-old Connor Kerns of Newbury Park appeared in court Thursday but did not enter a plea and his arraignment was put over until July 6th.

The authorities say the alleged victims were female juveniles, one  from Ojai.

The other is apparently from out of county since some of the special allegations regarding that victim concern the DA asserting jurisdiction in the case because the crimes originated in Ventura County using the Internet.

The authorities say Kerns would make contact with them over the Internet and then use several tactics to exploit and extort them into sending nude photos.

He is alleged to have posed as a hacker who was going to release the photos to the public unless the victims sent more photos and ultimately unless they would meet him in person.

That is where he would then allegedly sexually assault them.

Prosecutors filed eight felony charges including forcible rape and using a minor for various sex acts, plus 18 special allegations regarding aggravated circumstances, the fact that the victims were vulnerable.

One victim is reportedly over age 14, the other is under age 14.

Detectives say during their investigation they were alerted by the National Center for Missing and Exploited Children of two separate "Cyber Tips" involving allegations that Kerns had contacted at least two other female juveniles under similar circumstances.

Kerns remains in the Ventura County Jail on $1 million bail and is due back in court June 28th for a bail review hearing.