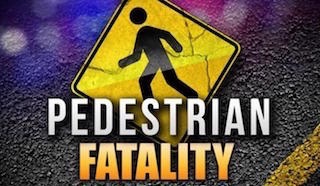 Updated--The CHP says they've arrested the driver of the pickup truck who struck and killed a pedestrian on PCH north of Ventura Wednesday morning.

It happened at 9:23 AM on Pacific Coast Highway between Solimar and Emma Wood beaches.

She died at the scene.

The driver of the pickup, identified by the CHP as a 61-year-old Oak View man, stayed at the scene.

The investigating officer reportedly spotted signs of impairment on the driver and the CHP says he was arrested for driving while impaired.