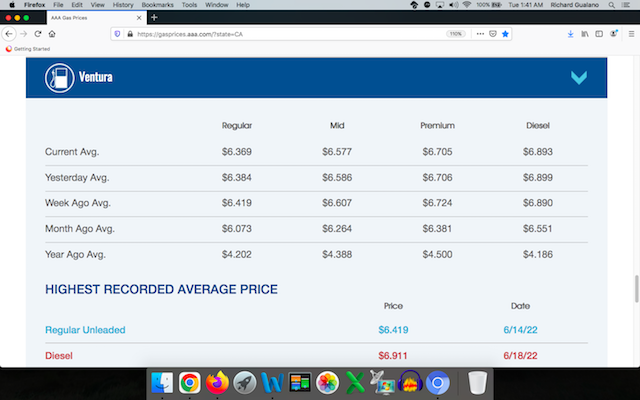 The average price of gasoline in Ventura County continues to decline.

According to the Triple-A Fuel Gauge Survey Tuesday morning it stood at just under $6.37 a gallon which is a nickel lower than the record high of almost $6.42 set a week ago.

Clearly, still very high but moving in the right direction.

Diesel fuel meanwhile stands at more than $6.89 and that is roughly the same over the past week but it is two cents lower than the record high for diesel set on Saturday.

And diesel is $2.71 higher in Ventura County than it was a year ago.