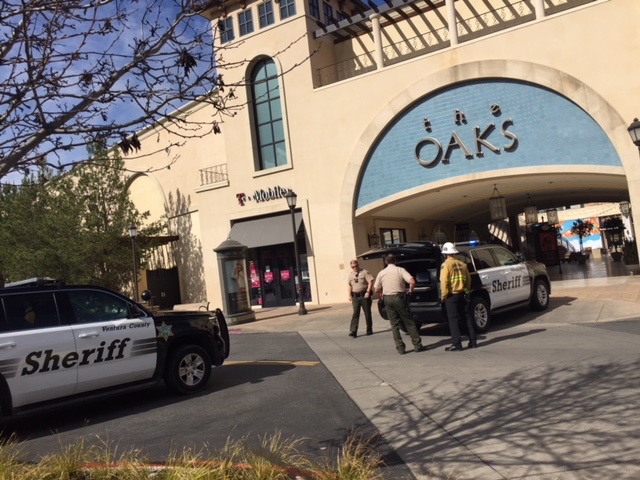 Woman With Knife Causes Disturbance At The Oaks Mall

Deputies had to be called to the Oaks Mall in Thousand Oaks Tuesday afternoon after a woman who was armed with a small knife starting causing a disturbance.

A little before 3:30 PM deputies were told that a 37-year-old woman described as a local transient started screaming and ripping clothing with a knife in the women’s clothing department at Macy’s.

She then started moving through the mall with the knife as deputies responded and mall security sent out an advisory to store owners to shelter in place.

Some stores actually closed their security gates to protect the customers.

Mall security and deputies finally confronted the woman and she put the knife on the ground and started to cooperate.

But they say as she was being handcuffed, she started resisting and became involved in a scuffle with deputies.

Ultimately she was placed in restraints and taken to the hospital to be medically cleared before being taken to jail.

She was also being psychologically evaluated.

She is potentially facing several charges including making threats, battery on a peace officer, resisting arrest, and vandalism.

No one was seriously hurt in the incident.