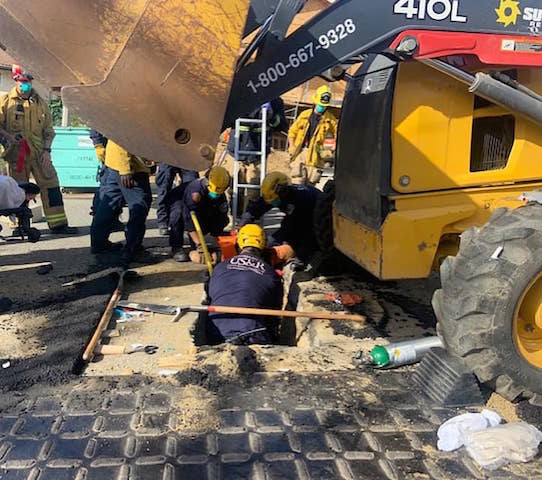 City of Ventura firefighters Friday morning rescued a construction worker who was trapped in a ditch.

The incident happened at the north end of Buena Vista Street.

The adult male victim was trapped in a 3x6 foot ditch and a backhoe was blocking rescuers from getting to him.

They reported the worker was conscious and complaining of back pain.

The man was taken by ambulance to the hospital to be checked out.

An investigation into the incident was being conducted.