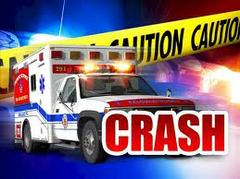 The California Highway Patrol has released more details about separate fatal traffic collisions in Ventura County over the three-day Memorial Day weekend including the names of the victims.

They say the crash late Sunday afternoon on Sycamore Road north of the 126 and west of Fillmore happened when a 2015 Nissan Armada traveling eastbound on Sycamore veered off the roadway near Barnard Road and smashed into a wooden utility pole.

The driver, 39-year-old David Brown of Fillmore, died at the scene.

His passenger, a 27-year-old Fillmore man, was taken to VCMC with moderate injuries.

The CHP says they're still investigating and they don't know if alcohol or drugs were a factor in the crash.

Meanwhile, early Monday morning, about 13 hours later near Oxnard, a 1994 Ford Ranger was southbound on Rice Avenue south of Wooley Road when it traveled off the roadway and collided with a fence and a tree before overturning and coming to rest on its roof.

The driver and only occupant of the pickup, 21-year-old Maria Arroyo of Oxnard, died at the scene.

The CHP continues to investigate that crash and they say they do not know whether alcohol or drugs were involved.