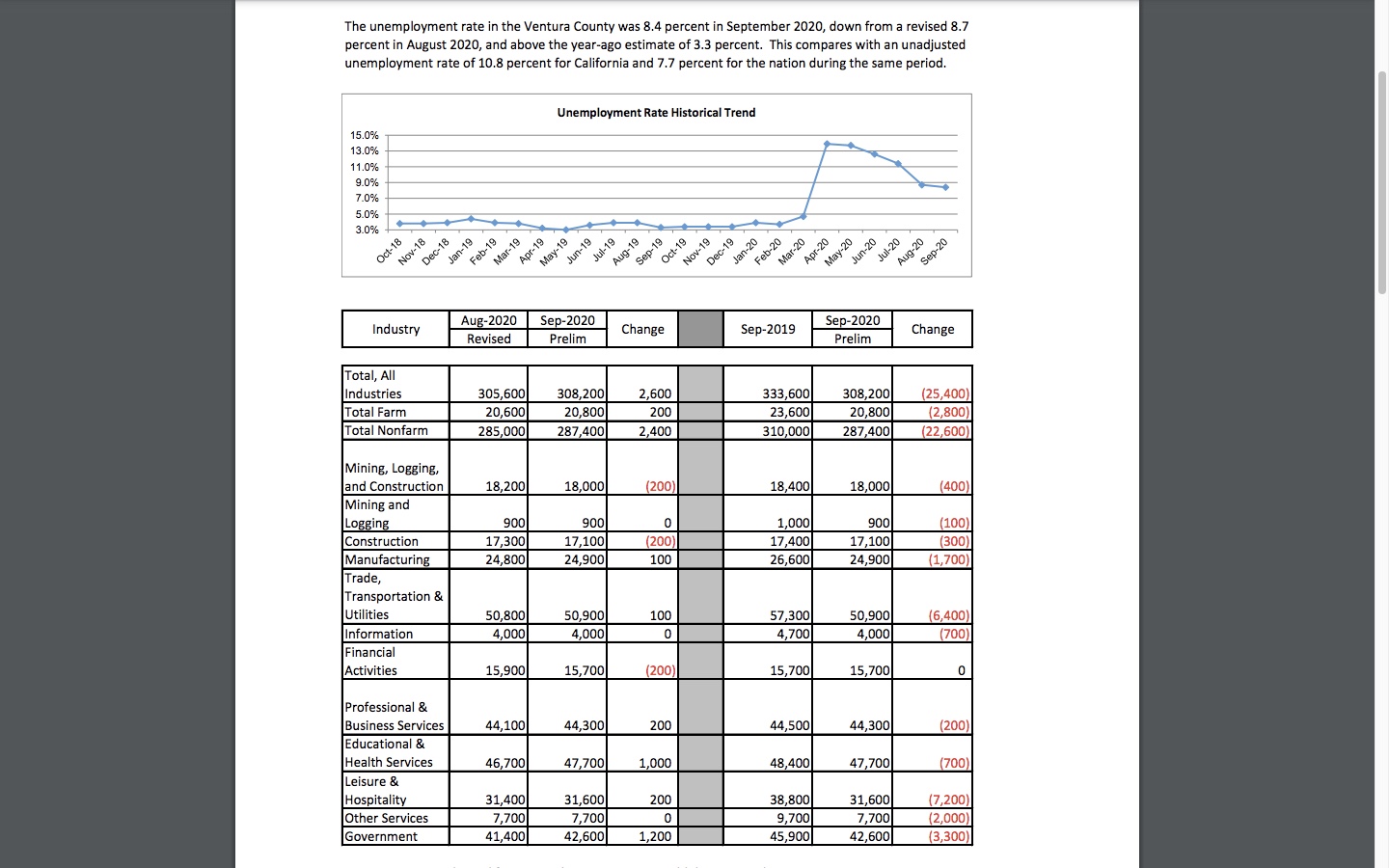 That was lower than the 8.7 in August but still way above what it was a year ago when it stood at just 3.3 percent before the pandemic.

It's better than California's statewide average of 10.8 percent but worse than the national average of 7.7 percent.

As far as jobs were concerned in September, there were more than 25,000 fewer jobs than September of last year and every sector lost jobs except for Financial Activities which showed no change during the past 12 months.

However from August to September of this year jobs were up by 2600 and most sectors either gained jobs or stayed the same as the month before with the exception of Mining, Logging, and Construction and Financial Activities which showed a loss of jobs.