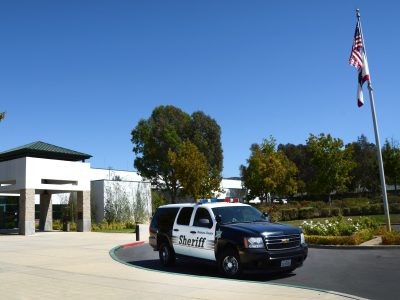 The Ventura County Sheriff's Office says that an inmate at the Todd Road Jail near Santa Paula died over the weekend.

They say that Sunday night around 8:48 PM deputies discovered 23-year-old Jocelyn Gomez of Oxnard unresponsive in her cell.

However, Gomez was ultimately pronounced dead at the jail.

The cause of death is under investigation by the Sheriff's Major Crimes Bureau, pending autopsy results from the Ventura County Medical Examiner's Office.

It is standard policy that Major Crimes investigate all custody deaths in Ventura County jail facilities.