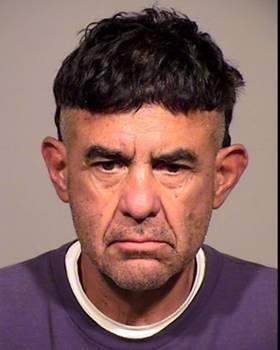 Transient Sentenced For Violent Attack On Woman Near The Ventura Pier

A transient has been sentenced for attacking a 62-year-old woman with a metal pole while she walked with a friend near the Ventura Pier.

Senior Deputy District Attorney Theresa Pollara had wanted him to get 35-years-to-life in prison for what she called, "a violent, vicious, and unprovoked attack on an innocent community member" by a man with a violent criminal past.

The attack happened on the Ventura boardwalk on August 25th of last year.

The victim suffered serious injuries to her head and face and is still recovering from her injuries, some of which may be permanent.