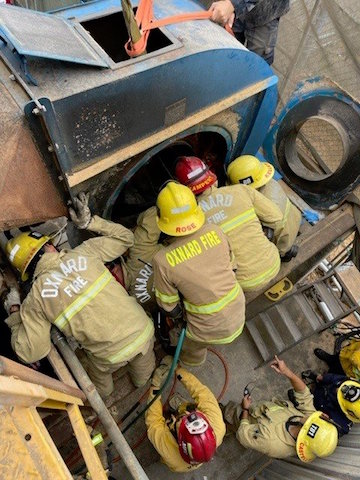 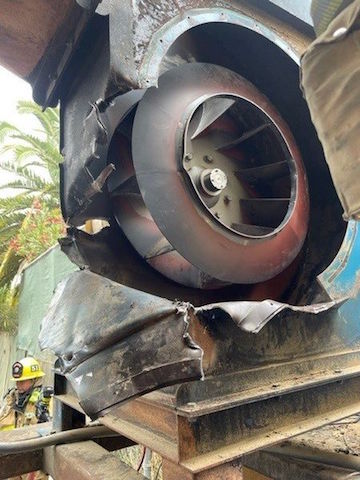 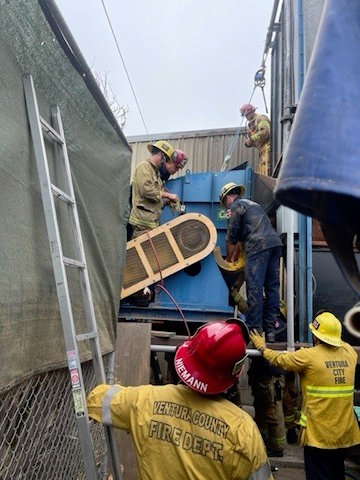 Updated--The man who was rescued by firefighters from a large machine in Ventura Monday morning has died.

The Ventura County Medical Examiner's Office has identified him as 43-year-old Anthony Wrencenyar of Oak View.

The cause and manner of his death is still pending.

There is still no word from the authorities regarding the circumstances surrounding his death.

The incident was reported around 7:45 AM Monday at the facility located in the area of Ventura Boulevard and Grand Avenue.

The firefighters, which included two Urban Search and Rescue teams, spent more than an hour methodically reaching and then rescuing him from the machine which is used to collect dust at the manufacturing facility.