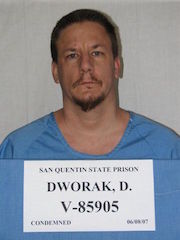 The California Supreme Court has upheld the conviction and death penalty in a Ventura County rape and murder case.

They affirmed the judgment in its entirety in the case of Douglas Edward Dworak of Oak View who was sentenced to die for the rape and murder of 18-year-old Crystal Hamilton of Oxnard twenty years ago.

Her body was found on the beach at Mussel Shoals.

Dworak was tied to the killing through DNA evidence from a prior rape in Napa California.

While Governor Newsom has stopped all executions during his term in office, the death penalty in California is still in effect and this is one of the hundreds of cases still pending in the courts.