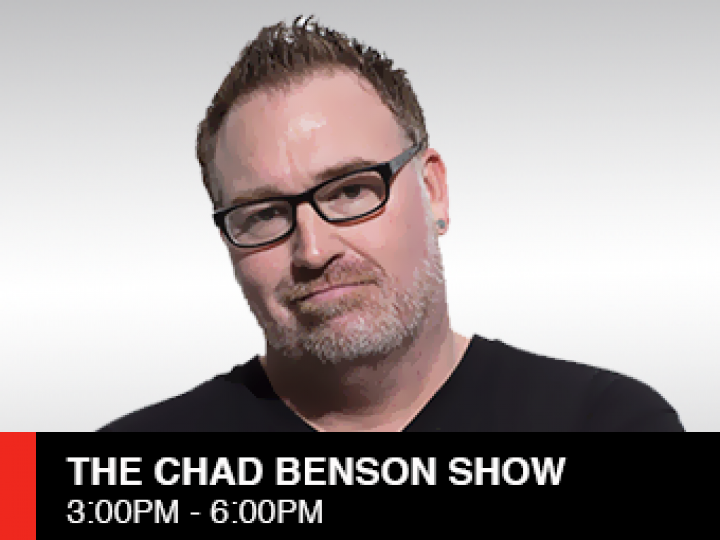 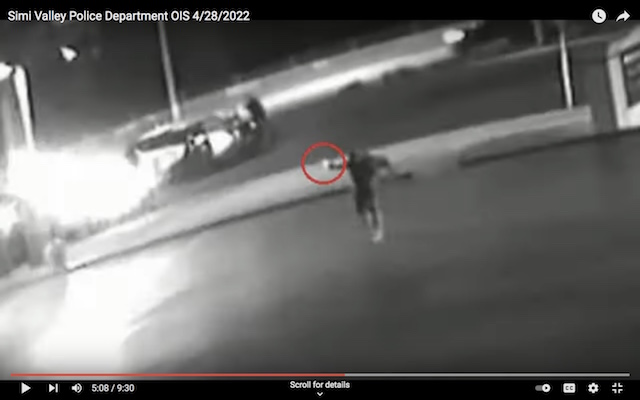 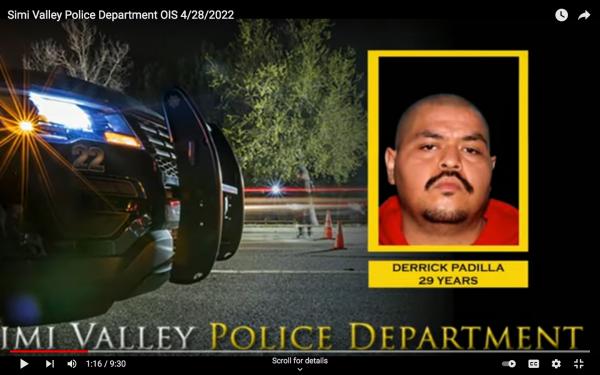 Updated--The Simi Valley Police Department is releasing the body-worn camera footage for the April 28, 2022, officer-involved shooting incident that occurred in the area of First St. and Los Angeles Ave.

Here is the previous story--Simi Valley police have identified the two officers who fatally shot a murder suspect on April 28th as veteran law enforcement officers with a combined 27 years of experience.

They say Senior Officer David Maupin has over 17 years of experience starting with the Santa Barbara County Sheriff's Office in 2005 and then with Simi PD since 2016.

He is currently assigned to the Patrol Bureau as a Field Training Officer.

Officer Daniel Stradling has 10 years of experience in law enforcement beginning with the Ventura County Sheriff's Office in 2012 and then with Simi PD since 2015 and is currently assigned to the Patrol Bureau.

They were the first to come upon 29-year-old Derrick Padilla of Los Angeles on the night of April 28th in the area of First Street and Los Angeles Avenue.

Simi PD had been alerted by LAPD that Padilla, a parolee, was wanted for murder.

The officers were not injured.

Simi police say the investigation into the incident is ongoing.

And here is the news release issued by SVPD...

BACKGROUND INFORMATION REGARDING THE OFFICER-INVOLVED SHOOTING

On April 28, 2022, The Los Angeles Police Department provided information to the Simi Valley Police Department that Mr. Derrick Padilla was a parolee wanted for murder.  LAPD further advised us that Mr. Padilla was armed and dangerous and possibly in the City of Simi Valley.  At approximately 8:00 pm, Senior Officer David Maupin and Officer Daniel Stradling located a male subject matching the murder suspect’s description in the area of First St. and Los Angeles Ave.  Both officers contacted the subject and during the contact, Mr. Padilla produced a firearm and shot at the officers.  Both officers returned fire and struck the suspect.

As soon as the scene was safe, Officers attempted to render aid and called for medical assistance.   The Ventura County Fire Department and the American Medical Response Paramedics arrived on the scene and provided medical aid.  Mr. Padilla succumbed to his injuries and was pronounced deceased at the scene.

The Simi Valley Police Department would like to remind the public that this case is still under investigation and some details cannot be released to the public at this time.  Any witnesses who have information regarding this case are asked to call the Simi Valley Police Department Major Crimes Unit Detective Supervisor Brian Murray at (805) 583-6906. 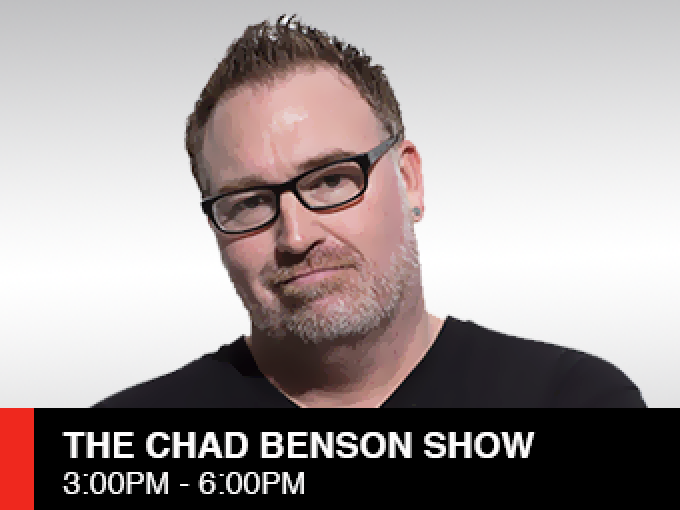