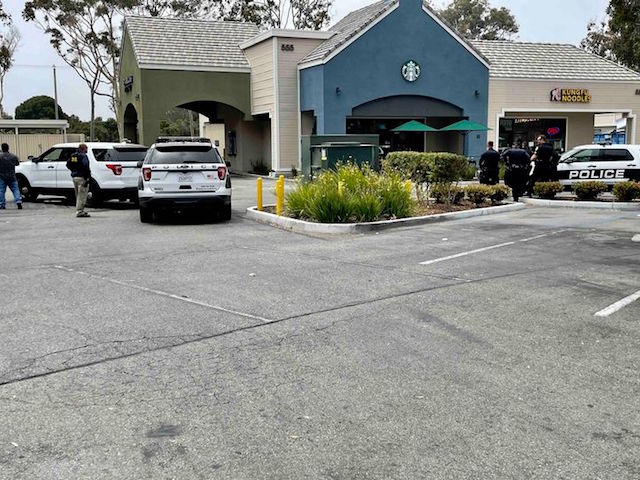 Updated--Port Hueneme police, with an assist from Oxnard and Ventura police, arrested a knife-wielding parolee following a lengthy standoff at a shopping center Monday morning.

They say that around 10:13 AM officers responded to the 500 block of West Channel Islands Boulevard.

Police say that when State Parole Agents attempted take 56-year-old Keith Chambers of Oxnard into custody for violating the terms of his parole, he brandished a knife and ran towards the shopping center.

Port Hueneme officers contacted Chambers outside of the Starbucks and a lengthy standoff began.

Patrons and workers at the Starbucks and neighboring businesses were evacuated and Oxnard officers and a K-9 from Ventura PD responded to assist.

Police say during the standoff, Chambers brandished the knife several times at the officers.

He was taken to a hospital and medically cleared before being taken to the Ventura County Jail and booked on a parole hold and resisting arrest with violence.

According to Ventura County court records, Chambers has a lengthy criminal record over 21 years that includes at least a half dozen convictions.