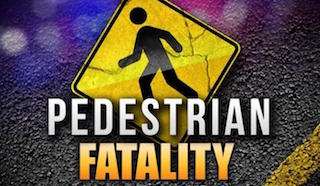 A pedestrian was killed in a traffic collision in Moorpark Tuesday night.

It was reported at 9:13 PM on New Los Angeles Avenue.

Deputies say a vehicle was traveling westbound on New Los Angeles Avenue between Miller Parkway and Spring Road when the pedestrian was struck.

The female pedestrian in her 20's was pronounced dead at the scene.

Deputies say the driver stopped, stayed at the scene, and cooperated with investigators.

They say based on their preliminary investigation the driver did not do anything wrong and it appears to have been a tragic accident.

However, the investigation is continuing.

The incident shut down that stretch of New Los Angeles Avenue for a couple of hours Tuesday night.