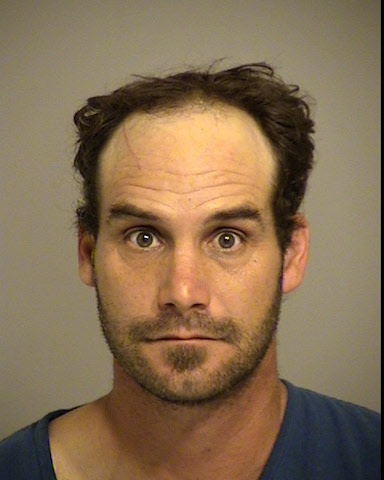 Updated--The Oak View man accused of shooting at a Ventura County Firehawk helicopter in the Ojai Valley last week was in court Monday to face charges.

The DA's Office filed several charges in connection with the incident but not the attempted murder allegation he was originally facing when arrested.

44-year-old Joshua Chimarusti pleaded not guilty to all charges including Shooting at an Occupied Aircraft, Discharging a Firearm with Gross Negligence, and Being a Felon or Addict in Possession of a Firearm.

Deputies say that last Wednesday night, Copter 4 was conducting a nighttime training flight over Lake Casitas when several shots were fired at them.

They were not hit and initially did not realize what had happened until they were told by dispatch that an individual on the ground had called 911 to report seeing someone shoot in their direction.

The pilot took evasive action and based on a description of the suspect vehicle began to track it into Oak View.

They say the suspect got out of the vehicle and fired several more shots at the copter.

Again, the bullets missed and the suspect then fled on foot.

That brought a response from a sheriff's K-9 unit, their drone, a small SWAT contingent, other deputies, and Ventura County Copter 3.

An extensive ground and air search found the handgun used in the assault, but not suspect.

Then, early Thursday morning, they say the suspect was located and arrested.

Chimarusti was being held on $910,000 but since the attempted murder charge was never filed, the judge lowed that bail to $50,000 and set a hearing for this Wednesday to determine, under state law, whether he can be released on his own recognizance with conditions and monitoring.