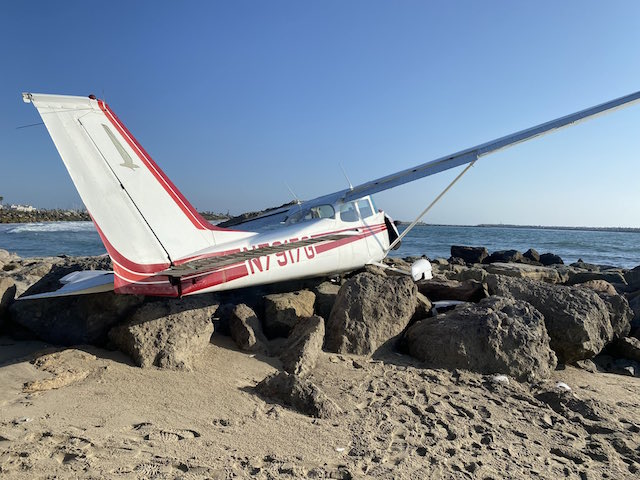 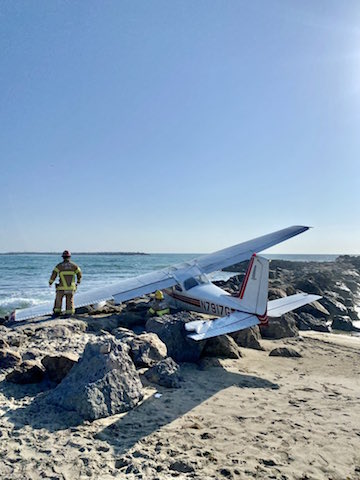 A single engine light plane made an emergency landing on the beach around  4:40 PM coming to rest against the jetty north of the park.

There were no injuries on the ground either.

The Ventura Fire Department says there was a small fuel leak but no fire.

The fire department says the plane departed Santa Paula Airport on a recreational flight to Carpinteria and was headed towards the Ojai Valley when the pilot said it developed engine problems over West Ventura.

The pilot radioed local air traffic control to report the situation and was instructed to head for Oxnard Airport.

The pilot started down the coast towards Oxnard when it became clear the aircraft was not going to make it.

So the pilot made an emergency landing on Pierpont Beach that ended with the plane coming to rest on the jetty north of Marina Park.

The NTSB will investigate.

According to the FAA the plane is a 1970 single engine Cessna 172L last registered in 1987 to individuals in Simi Valley.