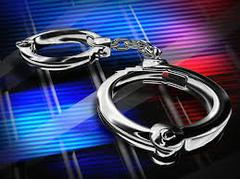 Oxnard police have made an arrest in connection with what they say was a fatal DUI crash eight months ago.

It happened on the night of February 4, 2021, at the intersection of "C" and Eighth streets.

The driver of the vehicle on C Street, 29-year-old Rachael Valentine of Oxnard, died the next day at VCMC.

The driver of the vehicle traveling westbound on Eighth Street, 30-year-old Guadalupe Gonzalez of Port Hueneme, was admitted to VCMC in stable condition and survived.

Following a lengthy investigation, Oxnard police allege that Gonzalez ran a stop sign before broadsiding the other vehicle.

They also allege that Gonzalez was under the influence of alcohol and drugs.

On Tuesday of this week, police arrested Gonzalez for Gross Vehicular Manslaughter while Intoxicated.

Gonzalez was booked into the Ventura County Jail and then released on bail.

She is due in court on October 25th to be arraigned on the felony charge.