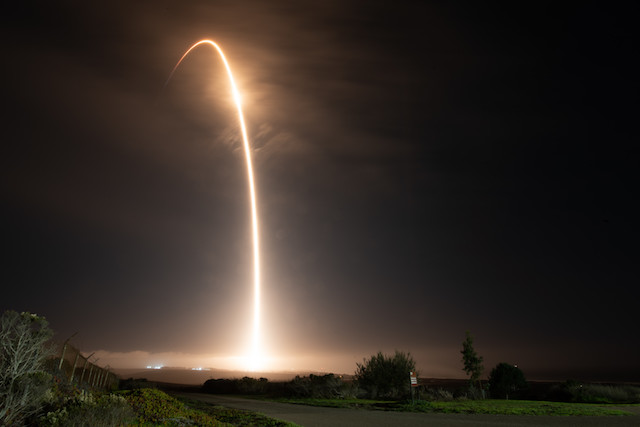 A SpaceX Falcon 9 rocket was launched from Vandenberg Space Force Base in northwestern Santa Barbara County Tuesday night at 10:21 PM on a mission to test whether a spacecraft can be used to divert an asteroid should the need arise in the future.

Called DART for Double Asteroid Redirection Test, the NASA program is sending a spacecraft several million miles to an asteroid that is circling a larger asteroid.

When it arrives in the fall of next year, it will crash into the smaller asteroid at a speed of 15,000 miles an hour in a test to see if it can change the trajectory of the asteroid.

NASA will be able to use the relationship between the smaller asteroid and the larger one to gauge whether DART has been successful in changing the trajectory.

These asteroids are not a danger to earth but someday another asteroid might be so the effort here is to test a theory that might be needed in the future should a real danger someday face earth.