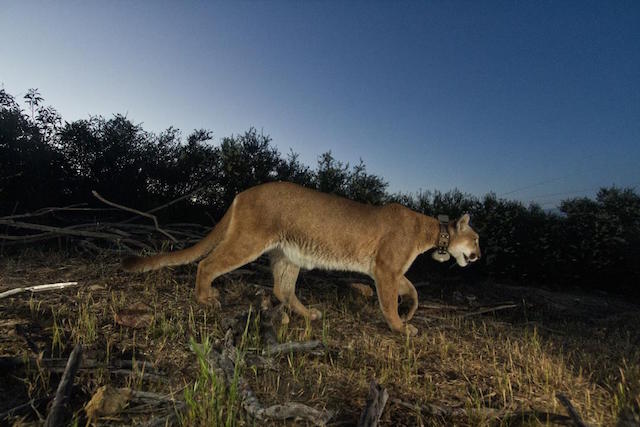 Scientists with the National Park Service say that the death earlier this year of the mountain lion P-65 was the first ever in their two-decade study caused by complications from mange.

The adult female was found dead on March 4, 2022 by a stream in the Santa Monica Mountains.

They say a necropsy determined she was suffering from a severe case of mange, the highly contagious skin disease caused by a mite parasite.

The necropsy also revealed that P-65 was exposed to five different types of anticoagulant rodenticides, or rat poisons.

The scientists say mange has long been a major cause of mortality among bobcats in the Santa Monica Mountains and Simi Hills and exposure to rodenticides has been a contributing factor because of its impact on the immune system.

P-65 was captured and collared in the central Santa Monica Mountains in March 2018.

She was able to survive the Woolsey fire in November of that year.

P-65 was the second radio-collared female mountain lion to cross the 101 Freeway in the study's history.

Two of them were later killed crossing local roads, one on the 101 in Woodland Hills in July of this year and the other on Highway 33 just south of Ojai just a few weeks ago.