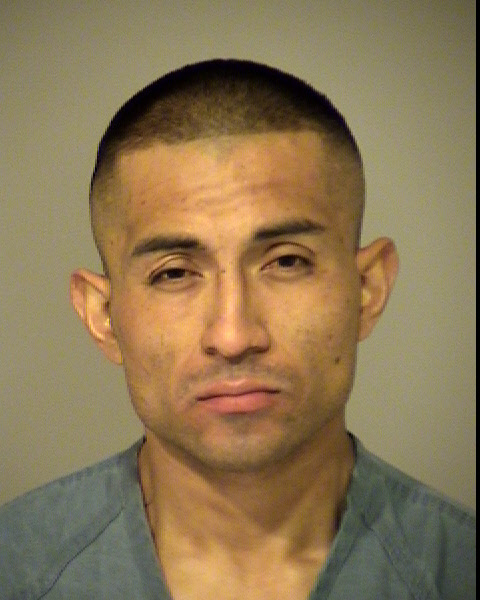 Man Who Stole Car Near Moorpark With Baby Inside Is Sentenced

Updated--The man who stole a car with a toddler inside near Moorpark in March has been sentenced to two years formal probation and 240 days in the county jail.

He was only charged with felony vehicle theft, misdemeanor receiving stolen property, and misdemeanor prowling.

He ultimately pleaded guilty to the vehicle theft charge and was sentenced Friday.

His sentence was suspended and he received jail time and probation.

He was given credit for 140 of the 240 days as time already served plus "work time-good time" credits.

As part of his probation, Angeles-Ortega will be required to undergo substance abuse counseling and treatment among several other restrictions and requirements.

The incident happened on the night of March 26th when he was reportedly prowling in the area and stole a vehicle from in front of a home in Moorpark Home Acres.

In that vehicle was the year-old girl in her safety seat in the rear seat.

Deputies flooded the area looking for the vehicle and a patrol deputy spotted it near Camarillo where it was stopped and the little girl was rescued unharmed.

Angeles-Ortega, who had multiple outstanding warrants, was arrested for vehicle theft and kidnapping but prosecutors never filled the kidnapping charge.

suspect in Friday's theft of a vehicle with a baby inside near Moorpark is not being charged with kidnapping.

He pleaded not guilty to all charges.

The incident happened Friday night outside a home in the unincorporated area of Moorpark Home Acres.

Deputies were already nearby dealing with several reports of a prowler jumping fences and running through backyards.

While they were dealing with that, they got the call of a vehicle taken from a residence nearby in the 4200 block of Santa Rosa Drive.

In the stolen vehicle was a one-year-old Moorpark girl.

Deputies determined the two situations were connected and launched a major ground and air search for the vehicle.

It was spotted by a Camarillo patrol deputy in the 7300 block of Santa Rosa Road in Camarillo.

The vehicle was stopped, the suspect was taken into custody, the girl was recovered unharmed from her rear car seat and reunited with her parents.

Deputies arrested Ortega for kidnapping, vehicle theft, and multiple outstanding warrants but there was no kidnapping charge filed Tuesday.

Ortega remains in the Ventura County Jail with bail lowered to $45,000 and is due back in court on April 9th.