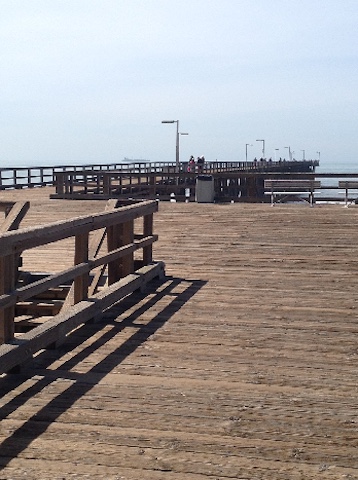 Updated--A man is dead after jumping off the pier in the city of Port Hueneme late Thursday night.

The Ventura County Sheriff's Office was notified of the incident by Port Hueneme Police around 11PM.

The Channel Islands Harbor Patrol boat responded and got the man out of the water.

They started CPR as they returned to their base in the harbor but the man was declared dead at that location.

Initially, the authorities did not have the man's identity but in the interim his sister had reported him missing to the Port Hueneme Police Department and he was later identified as a man in his early '50s from Port Hueneme.

The preliminary indication is that his death was a suicide.

The Medical Examiner's Office makes the final determination based on several factors including an investigation by the sheriff's office who had jurisdiction in this case because the man was found in the ocean.