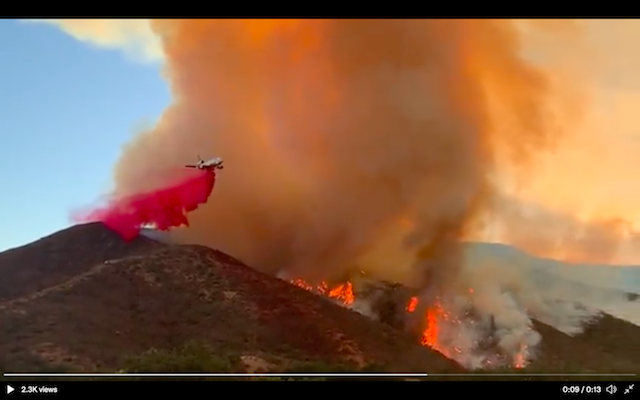 Firefighters Gain Upper Hand On I-5 Brushfire North Of Castaic

Update--Firefighters say the Route Fire that burned on both sides of Interstate Five north of Castaic over the weekend is now 63% contained at 462 acres.

It broke out Saturday afternoon on the east side of the highway and then jumped to the west side before firefighters from several local and state agencies, including Ventura County, got the upper hand.

At one point it forced the closure of I-5 in both directions but by Monday morning only the right lane northbound was still closed.