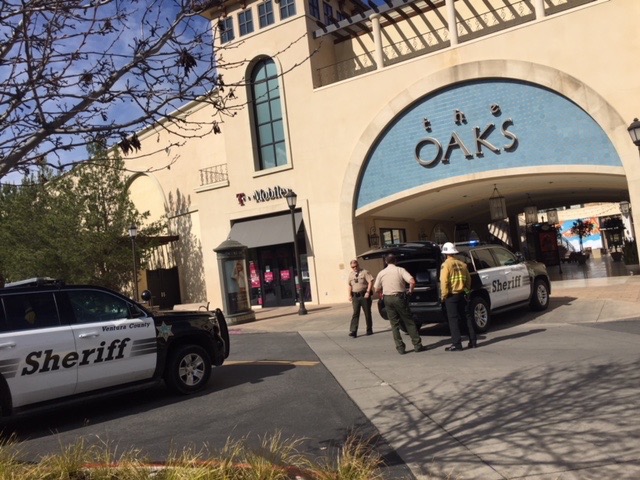 As was reported earlier, the whole thing started when two men confronted a third man over his refusal to wear a mask inside the mall.

That turned into a fight, described by the authorities as a "melee".

They say at that point, an off-duty Los Angeles County Sheriff's deputy intervened.

The authorities say as the incident became more violent, the deputy identified himself as a deputy and pulled out a handgun.

At that point, the fight "quickly ended."

But 911 started receiving several calls reporting shots being fired and also of a brandishing of a firearm.

Other callers said that the off-duty LA deputy had pulled out his concealed handgun to stop a fight.

No shots were fired, there were only some minor injuries from the fight, and none of those involved wanted to pursue any criminal charges.

But the incident prompted a false report of a shooting and that created the massive 16 patrol car response.