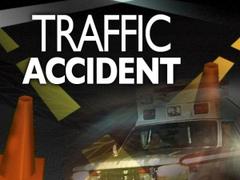 Initial reports indicated that the vehicle was traveling at a high rate of speed northbound on Westlake Boulevard three-quarters of a mile south of Potrero Road when it crashed into a utility pole.

The driver of the vehicle, the only occupant in the vehicle, was trapped in the wreckage and had to be extricated by firefighters.

He was pronounced dead at the scene.

The crash was reported at 7:03 PM according to the Ventura County Sheriff's Office.