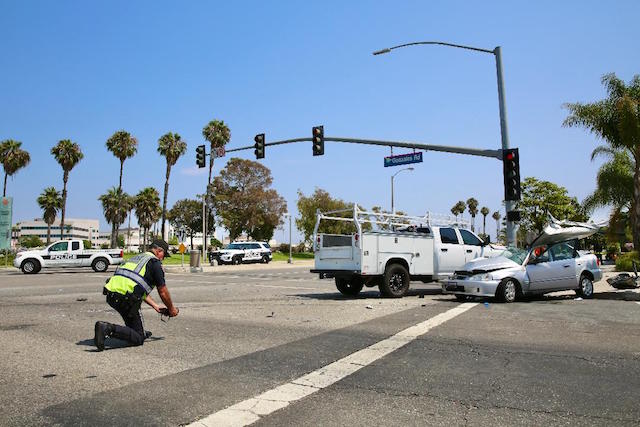 Update--The Ventura County Medical Examiner says the 13-year-old Oxnard girl who died in Tuesday afternoon's crash died from blunt force injuries sustained in the crash and they ruled her death an accident.

They did not release her name because she is a juvenile.

The crash happened at the intersection of Rose Avenue and Gonzales Road.

The 13-year-old was in the sedan and was taken to VCMC where she was later pronounced dead.

Two others in the sedan also went to local hospitals and are expected to recover.

The two occupants of the pickup truck were not hurt.

The police say a preliminary investigation indicates the pickup was southbound on Rose when the sedan made a left turn from northbound Rose to westbound Gonzales and they collided.

The crash, which happened around 2 PM tied up traffic in that area throughout the afternoon.