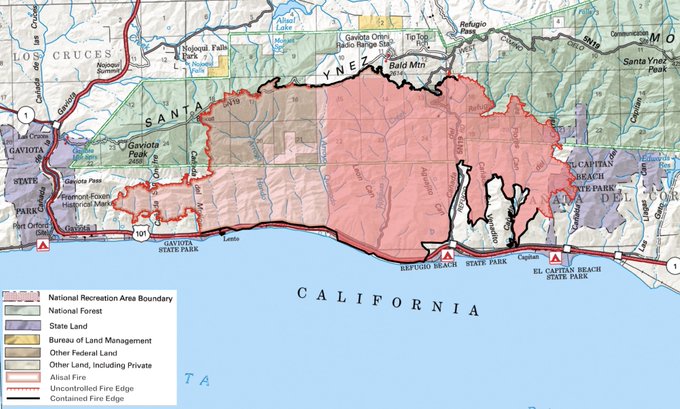 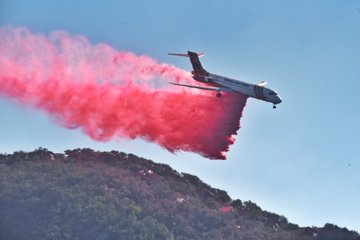 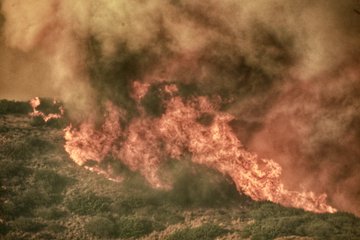 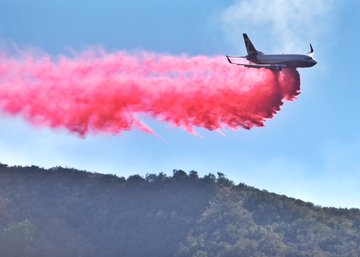 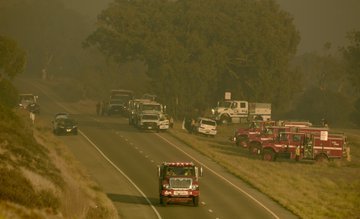 They were able to reopen the 101 in that area Thursday afternoon.

The U-S Forest Service has taken the lead role now in battling the fire with the help of several other agencies at the local and state levels, including firefighters from Ventura County.

Crews were working to halt the fire's spread to the northeast while on the western edge they were trying to keep the flames from crossing Highway 101 at Gaviota.

Thursday evening they achieved a major priority with the reopening of Highway 101 in both directions.

It had been closed since Monday between Goleta and Gaviota.

This has been a wind-driven fire with variable winds frustrating firefighters.

Here is a rundown of the latest information released from the authorities about the fire...

A Temporary Evacuation Point will be established at the Dos Pueblos High School upper parking lot at 7266 Alameda Ave, Goleta.  Evacuees can go to this location to get information from personnel on-site. #ReadySBC