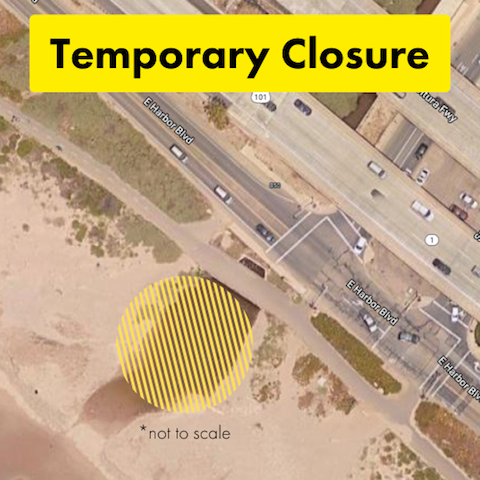 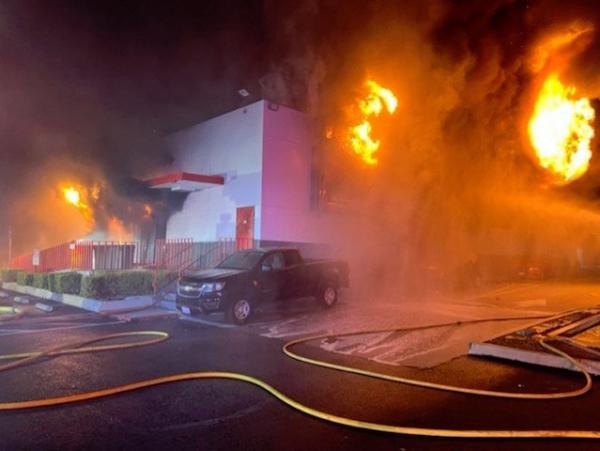 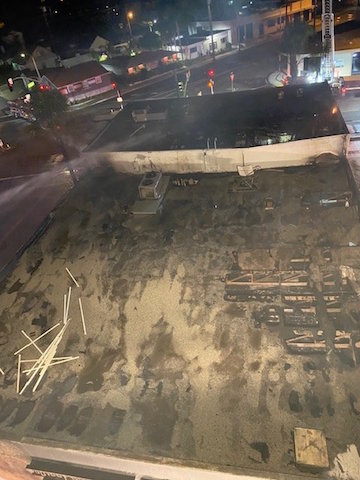 Updated--The City of Ventura has declared a portion of the beach off-limits because of what might have been washed into the San Jon drainage outfall area by the AutoZone fire late Monday night.

The concern is what might have been in all that water firefighters flushed into the storm drains as they battled the two-alarm fire that left that large commercial structure at East Main Street and Katherine Drive gutted.

So far they describe it as "debris and ash".

There has been no mention of anything toxic or hazardous.

But they've fenced off a 100-foot perimeter on the beach and they've advised people to avoid it and keep their pets on a leash.

The city says it "is actively working with Ventura County Environmental Health, the Los Angeles Regional Water Quality Control Board, California State Parks, and additional local and state agencies to manage clean-up operations, take environmental samples in the area and minimize any impacts to the environment or marine life."

No injuries were reported.

On the night of the fire, engine and ladder truck companies from Ventura and Oxnard responded to the fire along with what's known as a "light and air" unit from the county.

But there was never any mention of a hazardous materials unit that responded to the fire.