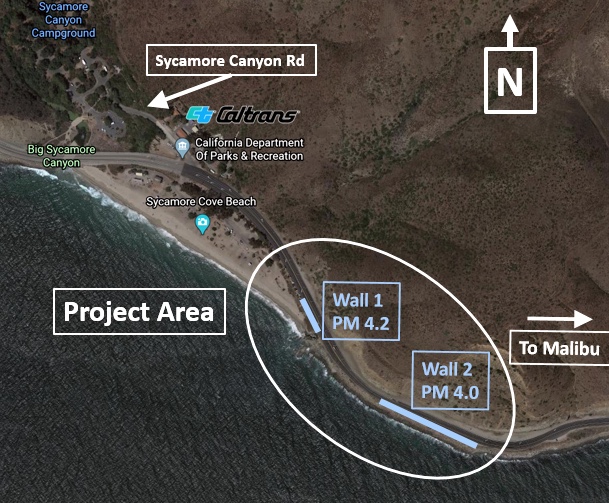 $51 Million Project To Save PCH From The Sea

Caltrans says that starting September 20th they plan to begin work on a two-year, $51 million project, to "permanently restore eroded slopes on the coastal side of Pacific Coast Highway" along the south coast of Ventura County.

There will be two areas, one 600 feet long and the other 200 feet south of Point Mugu State Park and Sycamore Canyon Road.

Caltrans will be installing two "secant" or retaining walls to stop erosion and protect against further erosion.

It will mean that a 1,000 foot stretch of the right shoulder of southbound PCH will be closed and the southbound lane of PCH will be shared with bicyclists.

The speed limit through that area will be 25 miles per hour and there will be intermittent lane closures as needed.

Work will be both during the day and night Monday through Saturdays for the next two years.

During the first two months of the project, they will also be rock scaling along the northbound lanes of PCH to remove loose rocks and attach netting to the hillside to prevent rocks from coming down.